Allons-y! Start-ups and the Netflix age

Start-ups are all the rage right now, and Paris is the latest city to try and catch the fever.

According to The Guardian, Paris’ mayor Anne Hidalgo has given the green light to an ambitious plan to convert an old railway yard into an incubator, at the cost of €200 million ($A313.4 million).

The project is primarily financed by private investment, but the city government is throwing in €70 million to beautify the surrounding area.

The private money flowing into the project is reportedly coming from Xavier Niel, a co-owner of the Le Monde newspaper.

According to the project’s proponents, it will aim to attract 1000 start-ups to the incubator, a mix of French and internationals. 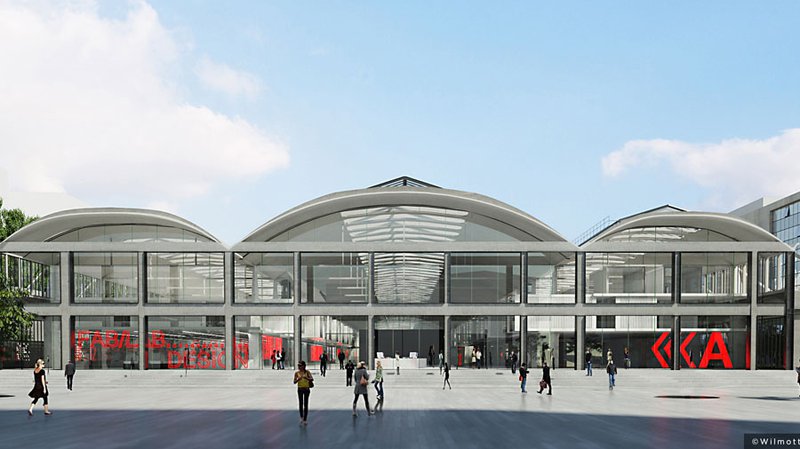 It’s a further sign governments around the world are trying to stimulate their own start-up economies, such as those found in Tel-Aviv and Silicon Valley.

Closer to home, the New South Wales government announced in October last year that it would attempt to convert the run-down White Bay Power Station into a tech hub to attract start-ups.

In both the Parisian and Sydney examples, the symbolism couldn’t be more delicious.

Two technologies which are thought to be bastions of the past in a coal-fired power plant and a disused railway yard are being replaced with forward-looking tech hubs.

So why are governments attempting to lure the best and brightest into the fold? 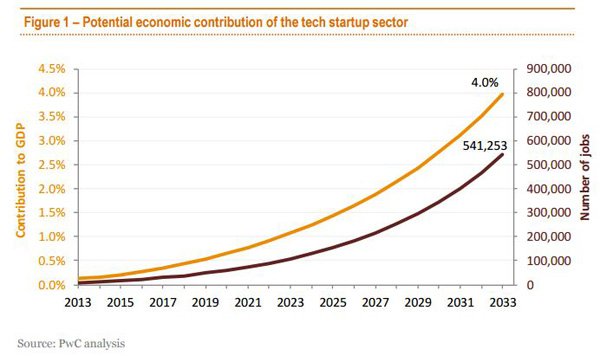 PWC analysis of the start-up sector in Australia

Given, this is from a 2013 report so the numbers may be a touch off, but the growth pattern is there for all to see.

Tech start-ups could attribute for 4% of Australian GDP by 2033 if PWC is on the money. Just as a guide, at the height of the mining investment and construction boom it is thought mining contributed a total of about 8.5% to GDP at the end of 2014.

Even accounting for inflation in both economics and population, it’s pretty clear that the start-up sector is going to be a pretty hefty contributor into the future.

That’s generally why you hear Malcolm Turnbull bang on about ‘agility’ every so often.

It’s not just Australia, with a similar picture expected to unfold around the world.

It’s why governments both national and state, and some private sector interest, are competing to build the best environments to attract start-ups.

Hence the conversion of power stations and railway yards.

What’s driving this though? A spirit of entrepreneurship, sure. Increased mobility of labour also helps. However, it’s something as mundane as improved internet access which is really lighting a fire under the start-up revolution.

Netflix, which grew from a DVD mail out service to a streaming behemoth recently announced with much hoopla that it was now available in 190 countries around the world.

It was described breathlessly by Netflix CEO Reed Hastings as “the birth of a new global Internet TV network”.

When you think about it...yes, Netflix is now a global Internet TV network.

So what does this have to do with start-ups?

While there’s still more work to do on internet connectivity in some of the poorer regions on earth, that’s a somewhat mind-blowing fact.

Streaming video is an activity which requires a lot of bandwidth, and the fact that Netflix is able to operate in 190 countries is a good sign.

It means digitally focused start-up operations can have confidence that their business may have maximum reach rather than being limited by internet speeds.

It also allows greater collaboration around the world, and opens up all sorts of e-commerce opportunities that start-ups are currently exploring – all of which are underpinned by the exchange of huge amounts of data.