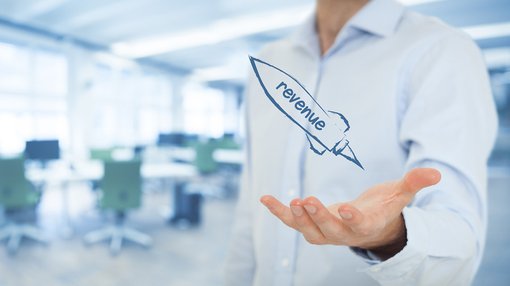 The Chinese online giant reported revenues exceeding analysts’ expectations coming in at 34.29 billion yuan (A$6.6 billion) for the quarter, up 55% from the year prior.

Apart from Alibaba’s strong performance from its core commerce business the group is experiencing rapid growth from its cloud computing business.

Its media and digital services businesses saw revenues rise by 302% year-on-year, largely due to the consolidation of Youku Tudou, the Chinese alternative to YouTube, which is banned in China.

To give you an idea, it is 10 times bigger than Cyber Monday in the United States.

Last year, Alibaba made an earth shattering 91.2 billion yuan (A$17.64 billion) on that single day.

Alibaba was founded by Jack Ma back in 1999, not too long after he reportedly couldn’t even get a job at KFC.

He could now buy KFC if he wanted, and I’m not talking about just a bucket of chicken with chips.

Ma’s net worth is said to be around US$28.5 billion and the online space is certainly where fortunes have been made in recent years.

The online zeitgeist has seen many industries experience monumental shifts resulting in cost cutting, increased ease of access and purchase, and the removal of middle men – hence the success of Alibaba, Amazon and eBay.

So what trend will create the next Alibaba success story?

The next big thing in the digital space is the peer-to-peer sharing economy, essentially placing everyone on an equal footing and access to whatever you require literally being at your fingertips with companies and customers being able to directly communicate with each other, through targeted communications.

Companies that are able to successfully create value in this area of the market will be the ones that thrive in years to come.

Collaborate Corporation Limited (ASX:CL8) is one of those companies leading the way with its collaborative technology, allowing individuals to turn idle assets into revenue by renting them out.

CL8 and the businesses mentioned below are still early stage businesses and the tech sector is fast paced and ever changing. Investors looking at these companies for their portfolio should seek professional financial advice before making an investment decision.

This is game changing technology being brought to the industry at a time where digital technology is decentralising economic power down to the individual level.

Uptake of digital technology can literally increase ten-fold overnight. It all comes down to how much value the service adds, CL8 certainly offers that.

The ASX up-and-comer has just partnered with taxi crusher, Uber, whose value has rocketed to $64BN. This is a must watch space.

To find out more about the CL8 and their deal with Uber click here.

While not a peer to peer company Gruden Group (ASX:GGL) is a digital services company that is on the brink of a potential upsurge in growth and is a fine example of a company which knows how to read a trend.

Its core business has been in operation for 21 years, however GGL is now expanding its mobile service into Alibaba territory, namely China.

With a solid foundation of clients including many well-known blue chip clients and brands, Australian government bodies both at the state and federal level, GGL could come out of the ongoing digital revolution on top if it can claim a stake in the booming Chinese market place.

Its mobile services help connect businesses with their customer base increasing engagement, loyalty and revenues.

To give you an idea of size, the global mobile technology market is tipped to grow to over $1.5 trillion in 2017. This is area of the market is rapidly becoming a shining jewel in the global economy.

The third company that may soon great success in this newly forming economy is Megastar Millionaire (ASX:MSM).

In 2017, Megastar will launch its online and mobile talent competition offering a $1 million prize to the winner voted in by the global audience.

Following the largely successful and lucrative Idol, Popstar and other related talent shows, MSM could well ride in their wake and possibly even surpass their success.

American Idol is estimated to be worth US$2.5 billion, however is limited to a TV audience, where are MSM is both online/mobile and global at the same time.

Once again, decentralising the power of the competition into the hands of individuals but now on a global stage.

Whilst these companies mentioned will likely never reach the heights of Alibaba, they could grow into strong large businesses servicing this rapidly growing sector of the market.

The comparisons drawn are to show growth potential of a company able to get in early in a forming trend and successfully ride the wave out.

Should you not make your mark or be the next Jack Ma, there’s always KFC to fall back on.