Unlockd, a fast-growing Australian digital technology start-up, has raised double digit millions in its third capital raising ahead of its major product debut in Australia and the US.

Unlockd was founded by Chris Kerrisk, Craig Watt and Matt Berriman. In founding the business, the trio were looking to pioneer a new business model for the telecommunications industry.

This isn’t an easy task in what is a saturated market.

However, the idea behind Unlockd is a unique one. It allows consumers to pay for part of their usage when they view advertising, deals and content upon unlocking their phone.

The service was launched on October 27 in conjunction with leading MVNO Lebara Mobile. It will be launched into the US early next year and it has the backing of some of Australia’s biggest and most respected business names.

Unlcokd has also secured involvement from international investors from the US and UK on the back of support from PLC Investments from Hong Kong, led by Citibank Vice Chairman Jeff Emmanuel.

“Our group was particularly attracted to Unlockd because it is such a clever and simple innovation. It helps solve such a large problem facing the global telecommunications industry, that of falling ARPU’s (average revenue per user),” said Founder and Director of PLC Venture Capital, Jeff Emmanuel.

Matt Berriman said the Unlockd solution would change the way people use and pay for their smartphones. 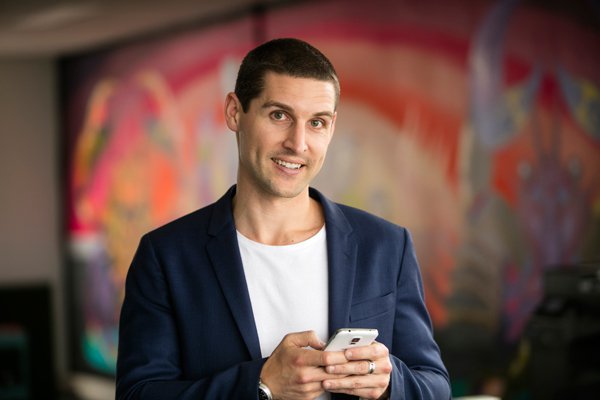 “This is an international game changer. It generates new revenue streams and reduces churn for Telcos, whilst giving consumers a new way to pay for their smartphone usage. It also allows advertisers to reach that holy grail of geo-targeted, full-screen mobile advertising.”

Berriman said this was a global play from day one would generate revenue immediately.

Launch partner Lebara Mobile believes consumers are crying out for more data and this model allows them to access it without blowing their budgets.

“People have become extremely sophisticated with their smartphones and are using up more data than ever,” said Lebara commercial director Michael Baxter.

“By partnering with Unlockd, we’re giving Lebara customers the option to boost their data allowance and stay connected for longer, in return for a tailored and reward-driven experience.”

Unlockd will launch in the United States early in 2016 via an exclusive partnership with a major US telecom brand.

It is expected that by the first quarter of next year Unlockd will have over 40 staff with offices in Melbourne, New York and London.

Rapid growth is on the cards and by the end of 2016 Unlockd aims to have products featuring its technology available in UK, Indonesia, India, China and Singapore.

There is a large volume of confidence from the business’ impressive investor base.

“Unlockd has a rare combination for an investor of a world class management team, a global opportunity, a unique and patented technology platform and an initial cohort of significant Telco partners who are committed to rolling this out to their customers. These are the building blocks of what I think will be a great Australian success story,” said Andrew Walsh, former CEO of Hitwise and founder of technology investor Tall Ventures.

Berriman, the former General Manager of CC Media, which was acquired by APN in 2011 said, “On the back of several significant capital injections, over the coming months Unlockd will establish itself globally and is currently on track to be turning over $50m revenue within the next year.”