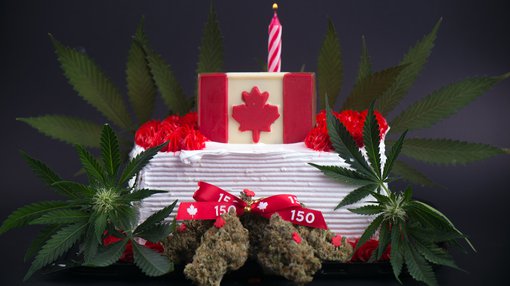 You may have heard of activist investor Nelson Peltz. The billionaire (worth approximately $1.6 billion) is the founder of investment firm Trian Fund Management, which has more than $11 billion in assets under management.

That’s a wide variety of interests, which Peltz has been criticised for. He has also been accused of being adversarial as Trian push for changes in companies hey have invested in that will increase market value. Clearly, however, the opinions of others don’t matter much to him as the next vertical he chases is something that not long ago, wouldn’t have been a consideration.

That’s right the hedge fund billionaire is endorsing a cannabis play and the market has reacted kindly.

Peltz will join Aurora (TSE:ACB), the $12 billion capped cannabis company that has eight licensed production facilities and operates in 18 countries.

The stock rose by over 14% on the back of the Peltz announcement and the news that he will work with Aurora to seal new co-operation agreements and expand globally.

Peltz said in a statement: “I believe Aurora has a solid execution track record, is strongly differentiated from its peers, has achieved integration throughout the value chain and is poised to go to the next level across a range of industry verticals. I also believe that Canadian licensed producers, and Aurora in particular, are well positioned to lead in the development of the international cannabis industry as regulations evolve.”

To see what Aurora executive chairman Michael Singer had to say about the appointment and the future of the cannabis industry click here.

Singer told Bllomberg: “Nelson comes with a phenomenal track record and was very excited about the growth opportunity here at Aurora. He isn’t as antagonistic as some of the market may portray him to be and he collaborates closely with the company’s board and management, and we thought that recipe and his deep connection to global businesses that we think are going to be value-added to our business going forward was the right recipe.”

Aurora said it will work “collaboratively and strategically to explore potential partnerships that would be the optimal strategic fit for successful entry into each of Aurora’s contemplated market segments.”

Peltz will receive 20 million options for shares at CAD10.34.

The cannabis revolution is coming, if it’s not already here and it seems like it could be a worthwhile investment.