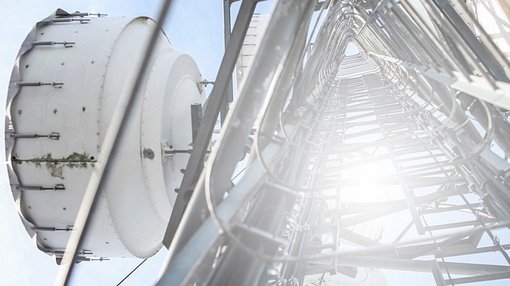 Developer and distributor of proprietary communications systems and intellectual property used in minerals exploration, Codan (ASX: CDA), has entered into an agreement to acquire the 9300 range of military tactical antennas from Stealth Telecom FZC of Sharjah, United Arab Emirates for a total consideration of US$700,000

The acquisition is consistent with the group’s strategy to expand its radio communications product offering as it transitions to a total communications solutions provider.

Codan specialises in the development of robust technology solutions, particularly in the areas of communications, safety and security, providing a wide range of equipment to customers such as the United Nations, military groups, government departments and mining companies, often where their operations require equipment that can be used in remote and harsh environments.

Codan Radio Communications is a division of Codan, and it recently released the proprietary Sentry-V and Sentry-H tactical radios for the global military market. 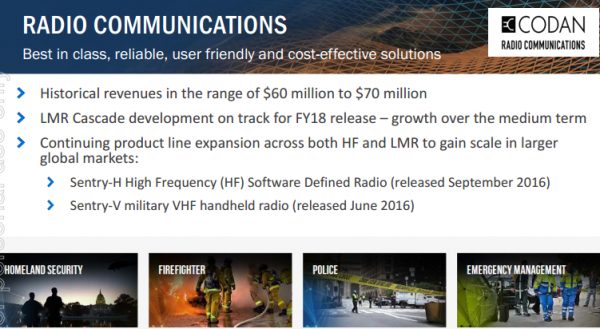 Diversification of revenues through sales of gold detectors

Historically, the company’s revenues have been generated from sales of its gold detector equipment, as well as its communications products.

Management said in November that there had been continued strong demand for the group’s GPZ 7000 gold detector in Africa, and that this business had outperformed expectations for the month of October and robust sales had continued into November.

Given the current level of order activity the company provided underlying net profit guidance in a range between $20 million and $22 million for the six months to December 31, 2016.

Sales figures for the four months to October 31, 2016 provide some insight into the sales breakup between the two businesses. During this period the metal detection business contributed sales of $44 million, while the radio communications and tracking solutions business generated sales of $30 million.

Profit guidance points to strong growth of more than 40%

Management also provided full-year guidance in a range between $30 million and $32 million, representing an increase of at least 42% compared with the fiscal 2016 profit of $21.1 million.

While Codan’s share price has had a good run over the last 12 months and responded positively on Friday to the acquisition announcement, based on guidance it is trading on a PE multiple of 11, which is a substantial discount to the industry average PE multiple.

Also of relevance in terms of assessing the company’s multiple against the sector average is the fact that it is debt free and forecast earnings per share growth is well ahead of the industry group average.

Investors should note that forward-looking statements may not come to fruition and those considering an investment in Codan should seek independent financial advice.