Accounting the way to curbing emissions and climate change

There are only two ways for any country to meet its climate change commitments. You either reduce greenhouse emissions or, you reduce the commitment you made earlier.

You could even consider leveraging the help of an accountant, rather than a climatologist or environmentalist.

According to an analysis into Australia’s climate policy by RepuTex, Australia will use “accounting rules” to meet its greenhouse gas reduction targets despite carbon pollution is increasing faster than expected.

The detailed analysis also says Australia’s actual emissions will rise 4% by 2020, compared with 2000 levels, and 6% compared with today. Due to a unique arrangement at Kyoto in 2000, Australia was able to sustain higher emissions compared to other countries and still fall into agreed reduction schedules.

As a result of lower electricity demand and falling manufacturing activity in Australia, dramatic downwards reductions in emissions have been forecast. The carry over effect allows Australia to claim it has met the small decrease required by its second 2020 target, when its actual emissions are increasing.

Clearly, the emission reductions are difficult, but reducing your earlier commitment requires the stroke of a pen, or the pressing of a key.

Australian authorities have decided to pursue a bit of both, although the latter method is being hailed as the reason for allowing Australia to meet its climate change commitment of 5% from 2000 levels before 2020.

Despite numerous analyses concluding that the conditions have been met for Australia to adopt a tougher 2020 target, including by its own advisory body, the Climate Change Authority, the government said it will meet only the minimum 5%. This is despite The Department of Environment forecasting emissions will increase by 20% in the next five years.

Hunting for a better climate

Australian Environment minister, Greg Hunt, announced via the Australian newspaper last week that Australia would reveal at the UN meeting in Paris that it had already met its target to reduce emissions by 5% by 2020, compared with 2000 levels.

According to Mr. Hunt, “The huge expectation is that it will be below zero. We’ll be able to say that we’ve already met our target.” 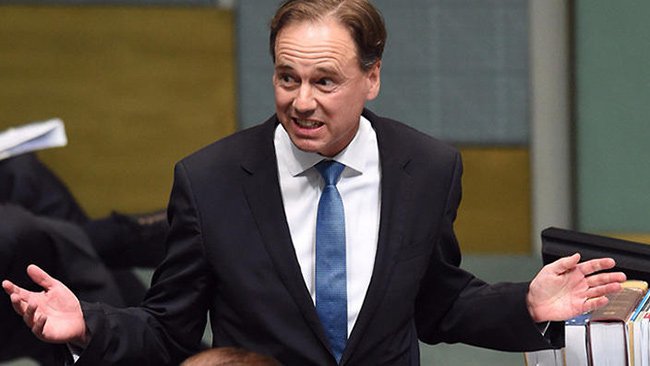 However, RepuTex warns that Australia’s ability to coast to its 2020 goal by using accounting rules just deferred the real reductions that would be needed to meet the next target the government has signed up for – a cut of between 26% and 28% by 2030.

It would seem that despite a good start on reducing carbon emissions, Australian policymakers are taking their foot off the gas.

Will Australia’s accounting slight of hand be enough to appease climatologists, environmentalists, businesses and consumers all at the same time? Probably not.

With the Paris climate talks fast approaching (scheduled for November 30-December 11) Australia’s envoy Greg Hunt will most likely have a glib swagger made possible by Australia leading by example on combating climate change. But is that really the case?

With emissions targets being so flexible, we could well see a parade of agreement at the Paris talks as other countries adopt a similar tact. Accountants rather than policymakers and big industry are holding the reigns as to whether Australia meets its emissions reduction targets.

With all the talk of innovation being the engine of the future, in this case, innovative ways of solving age old problems don’t necessarily have to come in the form of a gadget or gizmo. A stroke of an accountant’s pen will do.