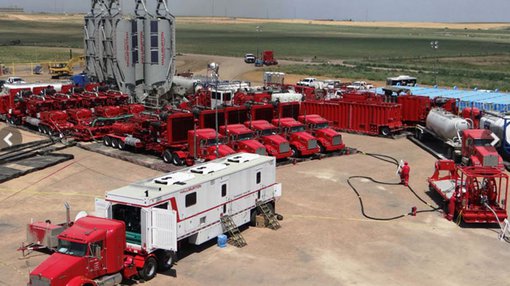 It’s the merger which could shake up the oil and gas industry in Australia, and the Australian Competition and Consumer Commission is concerned.

The $US34.6 billion ($A48.02 billion) merger between the second and third largest oilfield services companies in the world in Halliburton and Baker Hughes has the potential to send ripples not just through the world’s oil and gas scene but here in Australia too.

In 2014 Halliburton made $400 million from its Australian operations while Baker Hughes made $300 million in Australia from providing the services which power oil and gas exploration in Australia, both on and offshore.

Despite low oil prices, exploration does continue in Australia, albeit at lower rates.

Oil and gas companies in Australia, several of which feature on Finfeed.com, are still out there poking around in an attempt to build reserves ahead of any movement in the oil price toward pre-crash levels of $100 per barrel.

However, a merger between two of the three largest oilfield services companies in Australia could just put a handbrake on that exploration if the worst fears of the ACCC come to pass.

It’s released a statement of issues on the merger, saying that the potential merger could create a duopoly in a market where options are already limited.

Number one oilfield services Schlumberger and the new entity could get together to control prices, the ACCC fears, and with few other options in the market the oil and gas companies would simply need to grit their teeth and bear it.

“The ACCC is concerned that the acquisition would result in the merged entity being one of only a small number of suppliers that could service the relevant markets,” ACCC chairman Rod Simms said.

“The ACCC is particularly concerned in relation to the supply of complex or high-risk projects, such as offshore drilling projects.”

While onshore oil and gas explorers in Australia have a relatively tough time sourcing oilfield services, offshore the situation is worse and the technical difficulties of adding water to the equation mean fewer players have the scale or cash or R&D expertise to be able to play in the space.

With an already tight oilfield services market set to become even tighter, the ACCC has extended its invitation for submissions until 12 November, with a final decision scheduled to be made on 17 December.

A number of jurisdictions around the world are running the merger through their equivalent bodies.