3 Announcements in a Week, Snap! and … What is the Market Doing

There was one ASX stock busier than most this week. Advanced Human Imaging (ASX:AHI) came out of trading halt and didn’t look back.

And why would it? Fitness and health technology is beginning to transform industries including PT, diagnostics and general medicine.

Interestingly, 2020 was a record breaking year for funding for fitness technologies despite lockdowns. 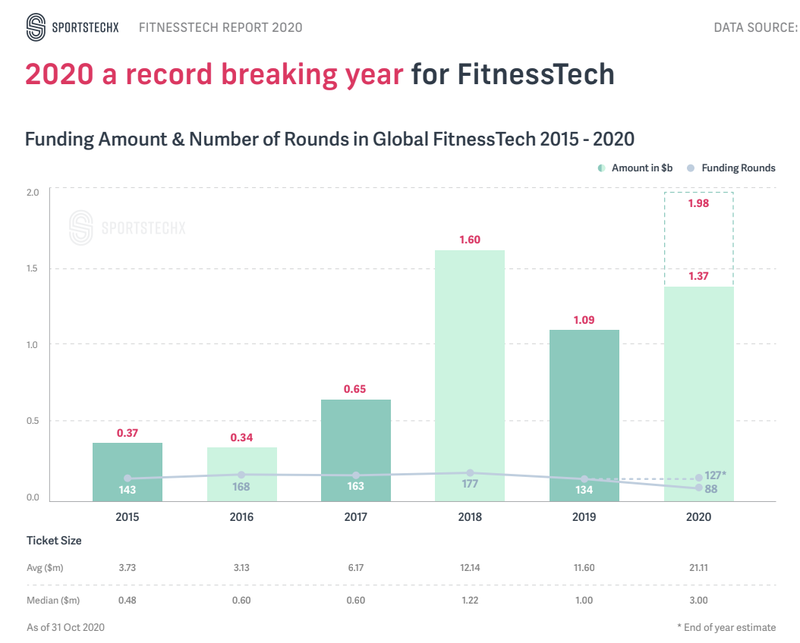 GloFox, a company which supports fitness entrepreneurs, reports, “Given that the world has spent the last year in and out of lockdowns amid the pandemic, it’s no surprise that technology is increasingly finding a place within people’s fitness routines. There has also been a considerable shift in consumer mindsets: gym-goers are more curious than ever to know more about their overall wellness, which encompasses everything from working out and eating well to mindfulness and sleep quality.

This is right in AHI’s wheelhouse, although the ASX listed company does more than just support the fitness industry in helping people realise their fitness and health goals.

AHI has developed an accessible, advanced human imaging platform on a smartphone for the med-health, population health, fitness and insurance sectors.

AHI’s strategy is to develop and acquire human imaging tech and distribute it via partners with large audiences that would benefit from human imaging.

To find out more about AHI’s trading halt and suspension ...

Read: AHI Back from Voluntary Suspension - Could a Large Deal be Brewing?

Once the company came out of suspension, it wasted no time in informing the market of its activities. Here are the highlights of the announcements:

AHI has agreed to invest a total of up to US$6M into Triage and has already invested US$600,000 in cash.

Integration of the Triage applications into the CompleteScan platform with the first demonstrable product is expected to be made available in Q3 2021.

Triage has developed the world’s most advanced dermatological AI system which can accurately identify skin conditions from a photo in only seconds. It can identify 588 skin conditions in the major 133 categories. The Triage web application was released at the end of 2019 and has had over 175,000 people use the application over 600,000 time

AHI has signed a letter of intent to acquire the Israeli based Musculoskeletal Assessment (MSK) company Physimax Technologies Limited.

AHI has agreed to acquire Physimax for US$6M through the issue of AHI shares, with pricing to be agreed.

AHI has also agreed to issue up to a further US$2M in AHI shares based on an earn out arrangement. Terms of this are still to be agreed.

Physimax has developed and patented a revolutionary video-based objective solution that tracks and improves MSK wellness via video capture using a mobile device.

Musculoskeletal disorders such as lower back pain cause the highest burden on healthcare systems with a prevalence of 568 million people worldwide. $16 billion lost annually from Australian GDP due to Musculoskeletal conditions.

3. TRUCONNECT to launch with AHI integration

The release of the Original Fit Factory Ltd (TOFF) App integrated with AHI’s technology is set to happen this weekend.

TOFF has developed a flexible and at home health and fitness platform for both end users and B2B partners known as TRUCONNECT.

TRUCONNECT users will now be able to understand and map body changes through the digital tracking capabilities of the AHI technology as they workout.

TRUCONNECT has an audience of over 150 million people through their global partners such as Huawei, Amanda Cerny, MMA Superstar Georges Saint Pierre and Bollywood actress Jacqueline Fernandez.

TOFF is targeting 1M active users within the first 12 months.

We caught up with eToro’s Josh Gilbert who gave us the lowdown on Snap Inc. and Intel Technologies

“Snap Inc. has enjoyed a strong start to 2021, with its share price rising around 17 per cent. Compared to its Q4 2020 earnings report which depicted strong profits of 9 cents per share, Snap Inc was able to report a better than expected result by breaking even. This comes as Snap Inc increased its user activity in Q1 2021 to 280 million active users, up 6 per cent from its Q4 2020 report.

“These numbers are important as advertising revenue makes up the largest chunk of Snap Inc’s revenue share, and investors will want to ensure this continues to rise.

“Q1 2021 marked Snap Inc’s first ever quarter of free positive cash flow as a public company, which came in at $126 million. This exhibits that the company can continue to move from strength to strength after a tough couple of years.

“Snap Inc has provided guidance for its Q2 earnings of US$820 million in revenue, predicting resumed growth once again. Snap Inc has clearly found what works over the last year and is now able to attract stronger advertising contracts, with names such as Westpac looking to reach the younger generation.

“Snap Inc’s share price has outperformed the broader market in the last 12 months, climbing 256 per cent compared to the S&P 500’s gain of 48 per cent.”

“Despite an earnings beat, Intel’s share price has fallen as much as 3 per cent out of hours, due to a decline in lower data center sales and a relatively flat YOY sales growth.

“Intel has outperformed its competitors so far YTD, climbing more than 28 per cent. This comes after a poor year of performance in 2020, in which Intel struggled with the production of its new chips, allowing competitors such as AMD to benefit from their production in full swing.

“Investor sentiment has been weak for Intel from 2020 until now, with many investors preferring to invest in Nvidia or AMD as they believe that there's more growth potential. This has reflected in the share price gaining only 5 per cent in the last year, compared to AMD’s gain of 41 per cent. This competition has affected Intel in the latest report with data-center revenue dropping more than 20 per cent due to Nvidia launching its own data chip this year.

“Intel’s quarterly sales and earnings were flat compared to the same period last year, even as demand for microchips soared around the world. Most of Intel’s sales occurred from lower-end chips in Chromebooks.

“PC sales were a huge factor for Intel in Q1. Sales of chips for notebook laptops hit a new record for the company, having risen 54 per cent YOY. Total PC volumes were also up 38 per cent in the quarter.

“Plans to expand Intel’s manufacturing capabilities by investing USD$20 billion could provide growth potential for Intel in the long run. 2021 will be a big year for Intel when it comes to rolling out these plans and maintaining their edge on the competition.

What are the best and worst-performing sectors this week?

The best performers in the ASX/S&P top 100 stocks include Reliance Worldwide up over 7 per cent followed by Mineral Resources up over 5 per cent and Evolution Mining up over 4 per cent. The worst-performing stocks include Challenger down over 22 per cent following a warning to investors that FY21 profits will be lower. Appen is also down over 10 per cent, while Beach Energy and a2 Milk Company are both down over 6 per cent.

According to Wealth Within’s Dale Gillham, “After rising early on Monday to a new all-time high of 7,358 points, the Australian stock market quickly turned to fall away the next day, showing weakness to close the day only 3 points higher than it opened. The fall continued on Wednesday with the market down around 2 per cent before it started to regain lost ground later in the week.

“Last week I indicated that the market was likely to pull back for one or two weeks although I anticipated it would be short-lived and it is possible that the move down this week is the move I was expecting. That said, it is too early to tell as we need confirmation that the down move has finished, which will come if the market closes high this week and then proceeds to trade above the all-time high next week. If this occurs, I expect it to be mostly bullish until around mid-May and possibly longer as it rises to around 7,600 points. While things are looking good, we need to wait for confirmation as the market could still trade lower.”