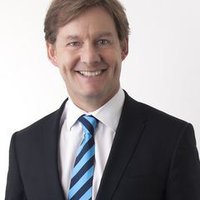 Tony Morrison commenced his career in real estate in 1988 with Dawe, Tabe and Lees real estate which subsequently re-branded to the Professionals.

Between 1991 and 1998, Tony was awarded Tasmania's Multi list sales person of the year 8 years in a row.
In 2001 he formed independent real estate company, M&M Real Estate in conjunction with my brother Scott Morrison and Kirsty Dunphey.

Our company went onto reach no.24 In BRW's fastest growing companies in 2004.
In 2004 we re-branded M&M Real Estate to Harcourts and took on the state franchise.

I was appointed the state's first Harcourts CEO and has built the brand from the original office to 23 residential offices plus a rural franchise, Landmark Harcourts and a commercial franchise, NAI Harcourts.

Today Harcourts Tasmania is the biggest real estate group in Tasmania with a market share that hit 20% in June 2012.