GeoT has a highly credentialed, world-leading scientific team with over a century of combined expertise in sub-surface development of geothermal projects, from exploration to production drilling.

The company was founded in 2005, and is headquartered in the city of Karlsruhe, withing the Upper Rhine Valley of Germany.

Since its inception, the company has been involved in development deep geothermal projects in Germany and worldwide, and has been working closely with the Vulcan team since the beginning of Vulcan’s Zero Carbon Lithium® Project. 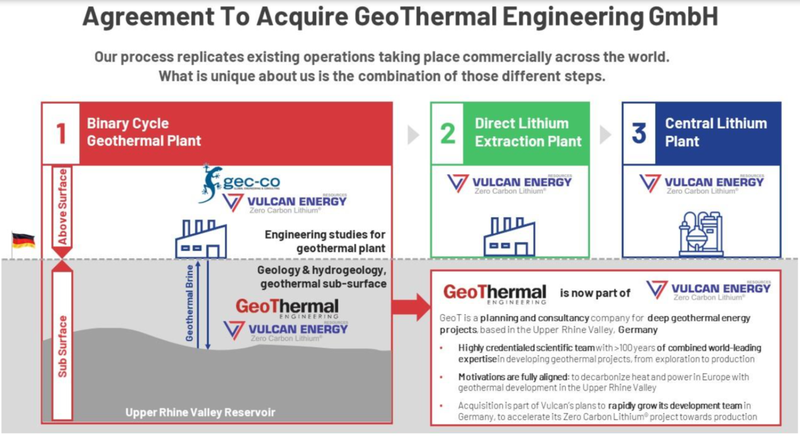 The acquisition is part of Vulcan’s plans to accelerate its Zero Carbon Lithium® Project in Germany, by rapidly growing its development team.

“GeoT has exceptional expertise in the geology and geochemistry of the Upper Rhine Valley geothermal brine.

“Our motivations are fully aligned: to decarbonise heat and power in Europe with geothermal development in the Upper Rhine Valley, and in doing so to co-produce Zero Carbon Lithium® for the European electric vehicle market.

“We expect our larger, bolstered development team to accelerate the development of our globally unique project.”

The GeoT acquisition is but one of a sizeable list of Vulcan’s promising developments announced in recent months, including:

Vulcan has entered into a binding Term Sheet with the sole shareholder of Geothermal Engineering GmbH (GeoT) to purchase 100% of the shares in GeoT.

Dr. Kreuter has been excluded from the negotiation process on the Company side, and the transaction has been negotiated at arm’s length.

Completion of the acquisition is be subject to completion of due diligence to Vulcan’s sole discretion and satisfaction.

Vulcan will use its unique Zero Carbon Lithium® process to produce both renewable geothermal energy, and lithium hydroxide, from the same deep brine source.

In doing so, Vulcan will address lithium’s EU market requirements by reducing the high carbon and water footprint of production, and total reliance on imports, mostly from China. 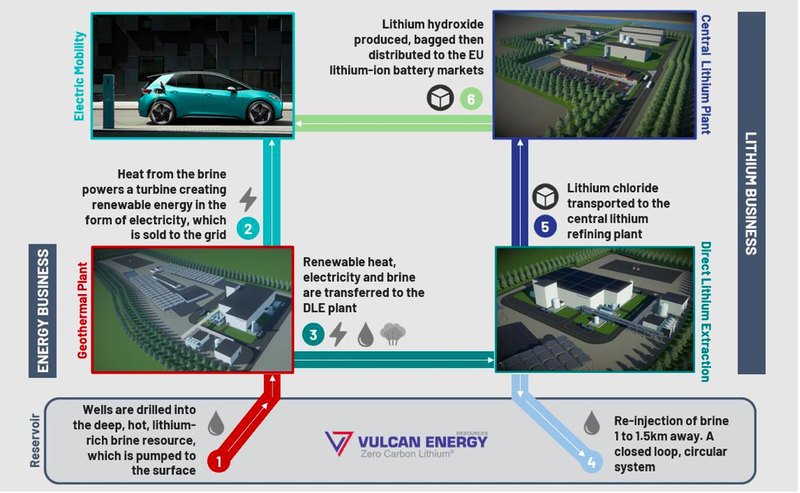 VUL continues to execute as sustainable lithium demand surges. So what’s next?