Sacgasco Ltd (ASX:SGC) has added to its arsenal of producing oil and gas assets in the Sacramento Basin, onshore California after acquiring a 30% working interest in the 1000 barrels of oil per day (bopd) Red Earth asset, consisting of six oil fields and associated infrastructure in Alberta, Canada.

This provides the company with more than just additional production and revenue streams, but importantly geographic diversification outside its traditional home territory of California.

The oil fields are located 450 kilometres north of Edmonton in an area that has been a prolific producer in the past.

Cumulative oil production from approximately 160 wells over 30 years has been around 63 million barrels with a low 10% base decline rate.

While current gross production is around 1,000 bopd, opportunities exist to return currently idled wells to production with the potential for an additional 300 bopd in the near term.

Commenting on how this acquisition fits into the company’s broader strategy, Sacgasco’s managing Director Gary Jeffery said, “Sacgasco has had a strategy of seeking opportunities in underexplored and undervalued assets supported by invaluable infrastructure and facilities. This acquisition is prime example of such assets.

‘’These are long-life assets that strengthen Sacgasco’s production and development portfolio in North America. These assets provide Sacgasco with diversity and resilience that is complementary to the world class opportunities for natural gas in the Sacramento Basin.

‘’The assets are non-operated and are not expected to distract Sacgasco from its operated assets in the Sacramento Basin, especially the planned drilling of the Borba Prospect well this year.

‘’Sacgasco plans to provide technical support to the operator in the interpretation of the seismic data to determine development locations to maintain and grow production.’’

The vendor is Blue Sky Resources Limited which has recently acquired the Red Earth assets, and this is a breakup of the working interests with Blue Sky as the operator. 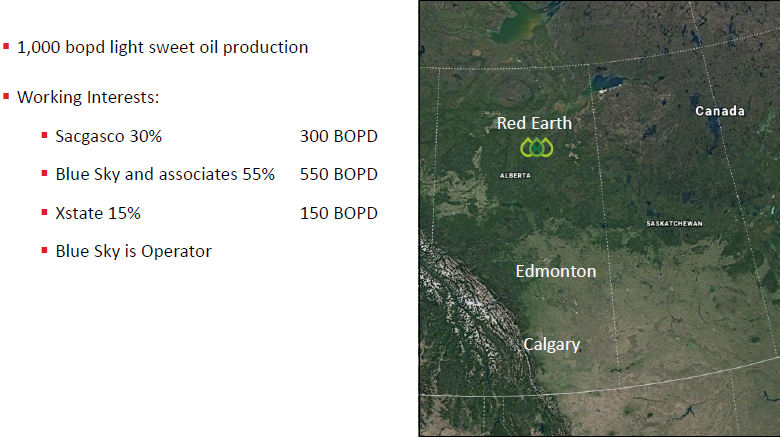 Sacgasco has a well-respected working relationship with Blue Sky with Jeffery saying, ‘’The owner of Blue Sky is well known to Sacgasco and has been a trusted colleague for a decade.

As well as having a strong production profile, proved reserves of 4.4 million barrels remain in place with a further 2.3 million barrels potentially accessible based on proved plus probable (2P) reserves.

It is worth noting that the purchase price is equivalent to around US$0.55/AU$0.75 per barrel of proved oil reserves, providing Sacgasco with some healthy margins based on current prices which appear to be due for a rebound.

On this note Jeffery said, ‘’I strongly subscribe to the old but proven reliable philosophy of ‘buying straw hats in winter’.

‘’The recent low oil prices and resultant oil industry distress provides opportunities for those willing to take a contrarian viewpoint.

‘’Personally, I am an “oil price bull”, and it is my strongly held belief that oil is not going to be replaced as an energy source for a considerable time, and the long projected life of the acquired assets fits well with our expectation from our Sacramento natural gas assets.’’

A snapshot of the 160 Red Earth production wells shows that they have a 15 to 30 year remaining life.

The capital raised in tandem with this transaction will also assist Sacgasco in funding what is shaping up as a highly prospective drilling program at the Borba 1-7 well in the Sacramento Basin of California.

The Borba story will play out in the coming months as management has finished constructing the well pad.

While today’s news should provide a significant share price boost for the group by virtue of the increased underlying valuation of its assets, upcoming drilling results are also likely to maintain that momentum throughout the remainder of the year.

Though direct peer comparisons are difficult to find, management refers to the Sacramento Basin as the Perth Basin’s ‘’big brother’’. 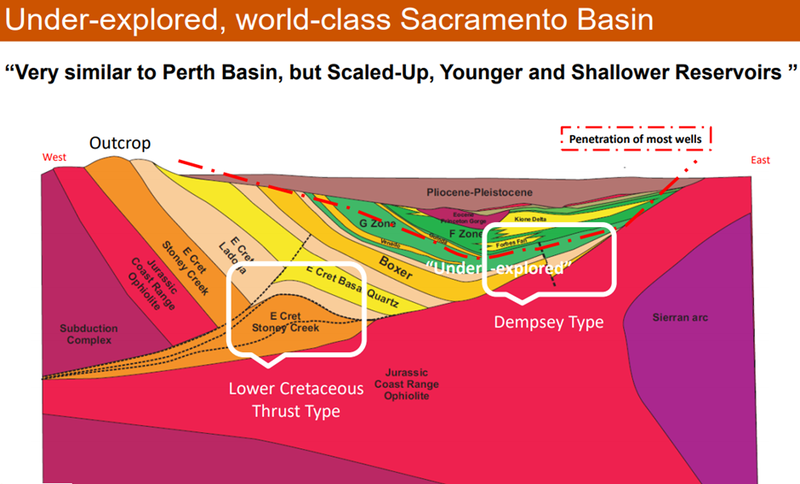 Sacgasco to benefit from infrastructure in place

As is the case with Sacgasco’s assets in the Sacramento Basin, Red Earth’s portfolio of producing wells are supported by extensive infrastructure that enables swift transportation to a diverse range of markets.

The area has six processing facilities with gathering lines and plant and equipment.

The majority of Red Earth production is transported to the Plains system via the third-party Wabasca River Pipeline (WRPL).

All access and infrastructure in the area are owned by Red Earth, including four work camps. 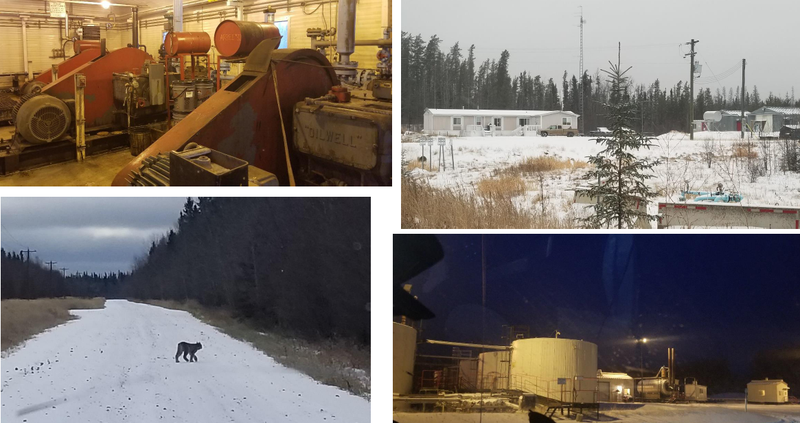 The group has interests in 266 mineral rights areas in the Keg River formation, part of the broader area which, combined with Slave Point, has accounted for 30 years of production.

Potential upside could stem from an increase in the current recovery rate of about 12% to approximately 30%, while declines in resources can be partly mitigated by workovers from existing wellbores, a practice that Sacgasco has employed successfully in the Sacramento Basin.