Clinical-stage regenerative medicine company Regeneus Ltd (ASX:RGS) announced on Monday morning that the US Patent and Trademark Office (USPTO) had issued a notice of allowance for issuance of a new key patent for the company’s lead stem cell platform technology Progenza.

This paves the way for the issue of a patent that would be applicable in the US.

Highlighting what a major development this is for Regeneus, the group’s shares were up more than 10% despite the S&P/ASX All Ordinaries (XAO) being down more than 400 points.

It has been an exciting month for the company as this comes on the back of a non-refundable milestone payment of approximately $1.6 million from Kyocera Corporation (TYO:6971).

This payment was made under the terms of a non-binding memorandum of understanding negotiated with Kyocera at the start of the month providing the latter with exclusive negotiation rights to the Progenza platform technology for the treatment of knee osteoarthritis in Japan.

The new patent to be granted in the US covers the treatment of inflammatory conditions with the combination of stem cells and secretions. 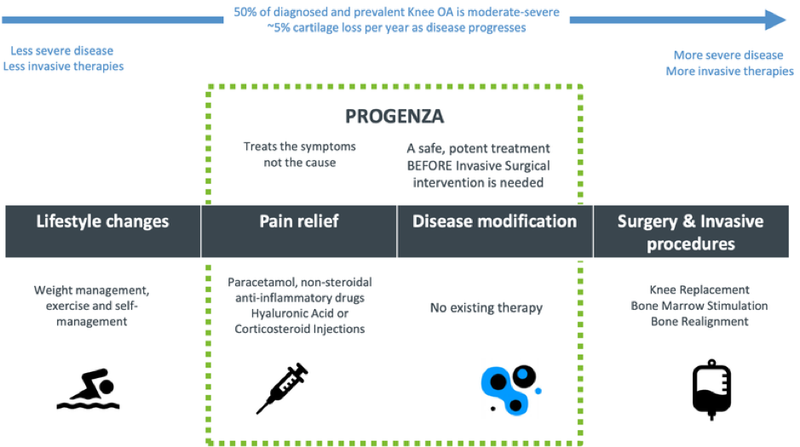 The patent to be granted for Progenza also covers Acute Respiratory Distress Syndrome (ARDS), an inflammatory lung condition identified as a cause of death among patients diagnosed with COVID-19.

The success of Progenza on this front was recently documented in Epidemiological and clinical characteristics of 99 cases of 2019 novel coronavirus pneumonia in Wuhan, China: a descriptive study.

ARDS is also a common cause of respiratory failure in critically ill patients.

Unlike pneumonia, there is no pharmaceutical treatment for ARDS23.

Notwithstanding the potential applications outside its core markets, Regeneus chief executive and executive director Leo Lee said, “While Regeneus’ focus remains on osteoarthritis and pain opportunities, this is a key patent which strengthens our intellectual property portfolio.

‘’It also opens doors to form partnerships for Progenza for other disease and indications.”

Can This ASX Junior Surge Through the Pain Barrier?