Nelson Resources in search of the next 7.7 million ounce Tropicana

Nelson Resources (ASX:NES) is an exploration company with a highly prospective 956 square kilometres tenure holding, much of it in prime gold territory.

With the gold price showing strong resistance around the US$1850 per ounce mark, it is an excellent time to gain leverage to the precious metal, and certainly the potential to newsflow that could stem from the group’s extensive exploration program, which could underpin a significant share price rerating in such an environment.

It should be noted that the Australian dollar gold price is in the vicinity of $2450 per ounce, implying healthy margins of approximately $1100 per ounce based on average production costs for Australian gold mines

While the company has four potential projects located in high profile areas, including the Fraser Range, Eastern Goldfields and Fortnum area, the key near-term focus is its 828 square kilometre Woodline Project.

Woodline 6000 metre drilling campaign follows in the footsteps of giants

The Woodline Project lies 140 kilometres south-east of Kalgoorlie and is halfway between the Trans Australia Rail line and the Eyre Highway.

The project is made up of the Grindall, Redmill, Harvey and Socrates Projects which make up nearly 830 square kilometres of premium tenure as indicated below. 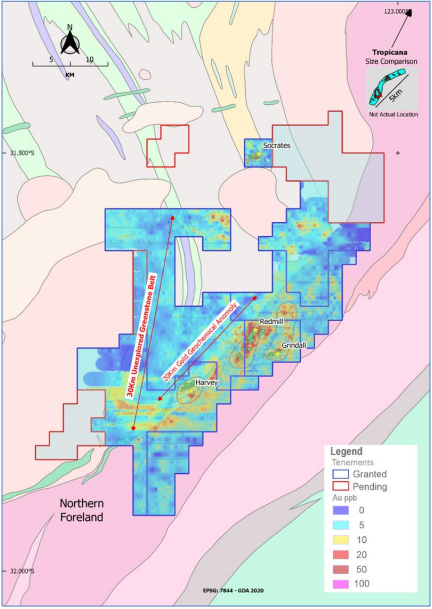 Nelson intends to conduct a 6000 metre RC program in the coming weeks that will provide valuable information on its Socrates, West Socrates, East Socrates, Grindall and Redmill projects.

This is a substantial drilling project by any standards, but it is worth noting that the group is targeting 20,000 metres of drilling throughout 2021.

The area contains 45 kilometres of the Cundeelee Shear Zone which already consists of a known gold and geochemical and bedrock anomaly spanning more than 20 kilometres, hosted in the same geological structural setting as the 7.7 million ounce Tropicana Gold mine.

More than $14 million has been spent by Nelson and previous owners (Sipa/Newmont) on exploration in this area, identifying four sizeable gold targets.

As shown above, the 20 kilometre long Tropicana style targets of Grindall, Redmill and Harvey account for three of these targets.

The Tropicana Gold Mine which is operated by AngloGold Ashanti, was discovered in 2005 by IGO Group Limited via a gold-in-soil anomaly that led to further exploration and is one of the most important gold discoveries in Australia for decades.

Tropicana produces gold to the value of $1 billion per year

Management pointed to a significant and unique holding within the confluence of the Keith-Kilkenny Fault / the Claypan Shear Zone and the Cundeelee Shear Zone.

These three Shears have hosted many of the largest gold projects in Western Australia.

In January, Nelson acquired a second drilling rig (RC) to complement the diamond drilling rig it acquired in November 2020, enabling it to undertake its drill programs as required, a distinct advantage given the very high demand for RC rigs. 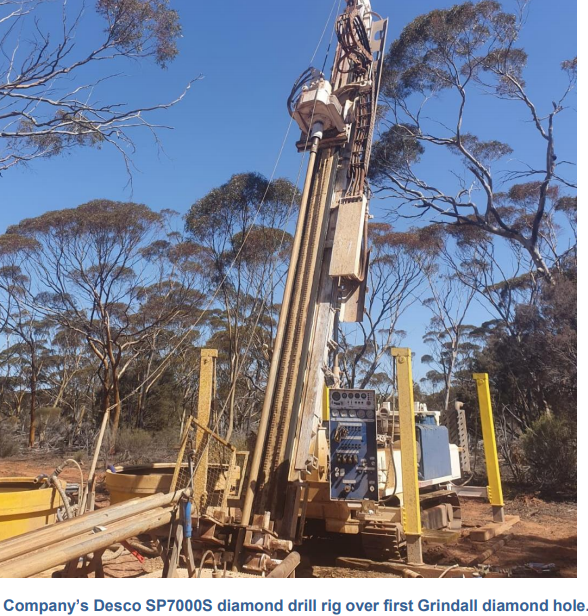 The current 1500 metre diamond drilling program at Grindall-Redmill and Socrates will be completed in mid-February, with initial results being announced in late-February, a potential share price catalyst.

Nelson raised $2 million via a placement at 7.5 cents per share a fortnight ago, effectively providing the company with capital for 12 to 18 months of exploration at the Woodline Project that will extend beyond the current work program.

This represented only a marginal discount to the share price prior to the raising, underlining comments made by chief executive Adam Schofield who said, “The strong support for this placement is a testament to the significant potential of both the Woodline and Tempest projects.

‘’We look forward to completing the current 1500 metre diamond drilling program and the soon to commence 6000 metre RC drill program.

‘’Looking forward from our current programs this capital raising solidifies our ability to deliver significant future geophysics/drilling programs and results in the next 12-18 months.”

As indicated below, the Tempest Project lies to the east of the Woodline Project. 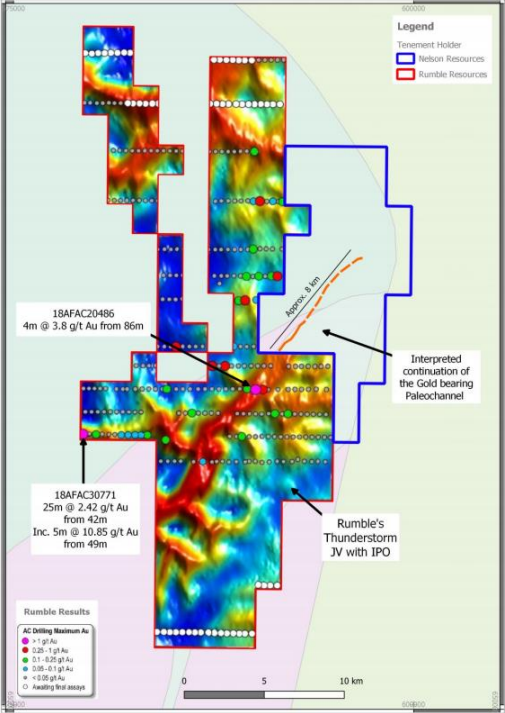 Tempest offers base metal diversification as nickel and copper surge

Tempest (E28/2805) was acquired in 2020 and management sees it as an exciting extension of the gold-bearing paleochannel identified in drilling at the adjoining IGO/Rumble Thunderstorm Project.

Nelson also sees the potential for base metal mineralisation to be delineated at this project.

As part of its JV venture with Rumble Resources, IGO has been conducting an aggressive exploration program throughout this region which is amongst other minerals prospective for nickel-copper-cobalt and gold.

Nelson’s 105 square kilometre Tempest Project is on the eastern boundary of the Thunderstorm project.

Management believes its Tempest Project has the potential to host a significant discovery as highlighted by the successful drilling at the Thunderstorm JV which is located to the south-east on the above map.

Also note the interpreted continuation of the gold-bearing paleochannel that continues to the north-east of where the IGO/Rumble JV has had drilling success.