It has been an exciting week for GTI Resources Ltd (ASX:GTR) with the group announcing on Wednesday that it had completed the acquisition of two new leases in Utah, providing it with a large contiguous tract covering 5.5 kilometres along the interpreted strike of the mineralised trend that has been identified at the group’s Jeffery and Rats Nest projects.

This development has been followed with news that the group has received assay results from the recently completed first-pass shallow aircore drilling program at the company’s Niagara Gold Project.

Importantly, the drilling program intersected elevated gold values and anomalism of up to 2.8 g/t gold, results that will contribute to development of the overall exploration model.

GTR will be testing targets in the course of a reverse circulation drilling campaign that is planned for December.

Harking back to the group’s expanded tenement holdings in Utah, management advised in August that a full review of a recently acquired data package had been conducted with the intention of providing targets for exploration activities on the leases. 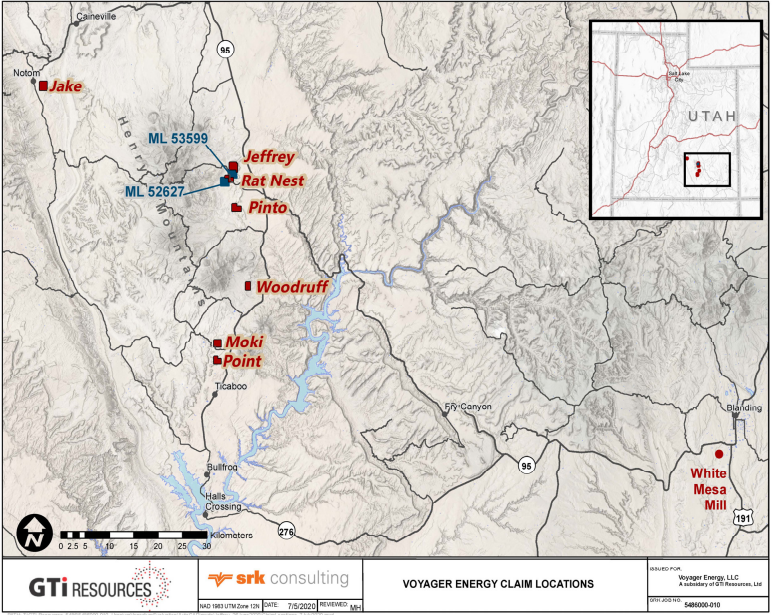 The acquired data has allowed management to rapidly advance evaluation of the currently held ground and to facilitate much greater refinement of drill targets.

GTR informed the market in August that it had completed the data review and follow‐up field checks of that data across the Henry Mountains projects.

The acquired leases contain historical underground production workings, prospective for uranium and vanadium as evidenced from recent sampling that was conducted in anticipation of closing the acquisition, which yielded assay results up to 8,130ppm uranium (0.96% U3O8), and 128,699 ppm vanadium (12.87% V2O5).

GTR has continuously generated high‐quality, low‐cost data to enhance the company’s understanding of the potential of the expanded Jeffrey and Rats Nest project area over the past nine months.

Management is currently developing the prioritised targets for the second phase of drilling within the newly expanded project area and it has initiated the permitting process.

While within the Phase II permitting process, GTR will leverage the extensive underground workings across the project area to study the controls and distribution of ore‐grade mineralisation through refined mapping and sampling.

The company will release further information regarding these activities, representing a continuation of potential market moving developments.

Revisiting today’s news regarding aircore drilling assay results at the Niagara Gold Project, this is an important development for the company as it spanned a substantial area of more than 2.5 kilometres, providing data for both gold and multi-element analysis.

Results for the latter should be received during mid-November, potentially representing another source of positive news for the group.

Once received, the multi-element geochemistry will be used to assist in refining the exploration model, taking into account geological alterations and mineralisation. 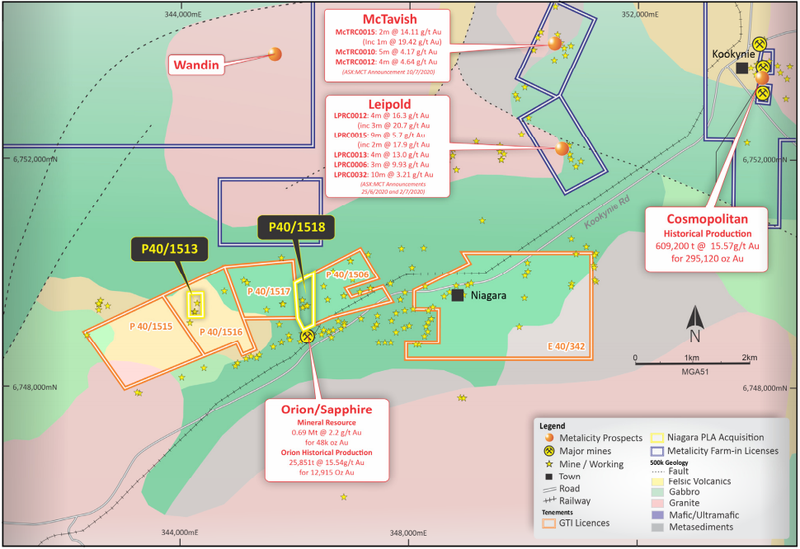 Numerous historical workings occur within and to the north of the project area, with a number of major historical mines located in the immediate vicinity of Kookynie, including the Cosmopolitan Propriety Ltd which mined a total of around 630,000 tonnes of ore at an average grade of 15 g/t gold between 1897 and 1911, producing in excess of 300,000 ounces of gold.