In tandem with these initiatives, management is preparing for the first reverse circulation (RC) drilling programme of 2021 that should begin in February.

As shown below, large areas of prospective ground in that area have yet to be covered and surveying is designed to continue until at least the end of April with the expectation that new conductive targets will be generated for drill testing. 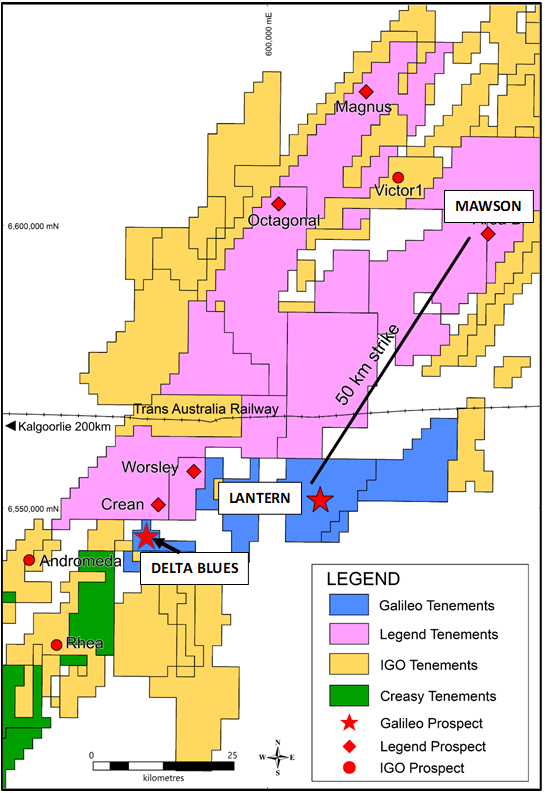 The price is right

Commenting on the start of the 2021 exploration program, Galileo managing director Brad Underwood said, “We are very pleased to be back working in the field at our Fraser Range Project where we have already identified small but significant amounts of nickel sulphide in a greenfields environment with the potential for major discoveries.

‘’The EM surveys which started this week are designed to locate conductors that could be associated with nickel sulphide mineralisation.

‘’Additionally, drilling in February aims to test a well-developed conductive anomaly at the Lantern East Prospect, as well as focusing on the existing sulphide mineralisation at the Lantern South Prospect.

“We are a nickel sulphide explorer with a strategy of making greenfields discoveries in known mineralised provinces at our Fraser Range and Norseman Projects.

‘’With the price of nickel exceeding US$18,000 per tonne this is a great time to be exploring for nickel sulphide.

‘’A discovery in 2021 could be transformational for the company.”

Applying the midpoint of that range implies an Australian dollar nickel price of approximately $22,200 per tonne.

Based on current foreign exchange rates, the Australian dollar is sitting at US$0.77, implying an Australian dollar nickel price of nearly $23,400 per tonne, representing a premium to the heady highs recorded in 2014.

Consequently, Australian nickel companies such as Galileo are operating in a premium pricing environment.

Creasy understands the geology and the processes required for discovery

Given the group’s exploration success in 2020, this could be a defining year for Galileo as it embarks on deeper drilling at highly prospective sites that have the potential to produce another Nova (ASX: IGO) or Mawson (ASX: LEG) discovery.

Just as Mark Creasy was involved in the Nova and Mawson discoveries, he has a significant part to play in Galileo’s future.

Not only was Creasy the founder of Galileo, he remains a substantial shareholder with a stake of 26%.

More importantly, he knows the Fraser Range region like the back of his hand, and this is very evident in Galileo’s hasten slowly approach.

Just as IGO and Legend took some time with early-stage exploration initiatives, including extensive electromagnetic surveying and shallower drilling, Galileo is taking a similar path. 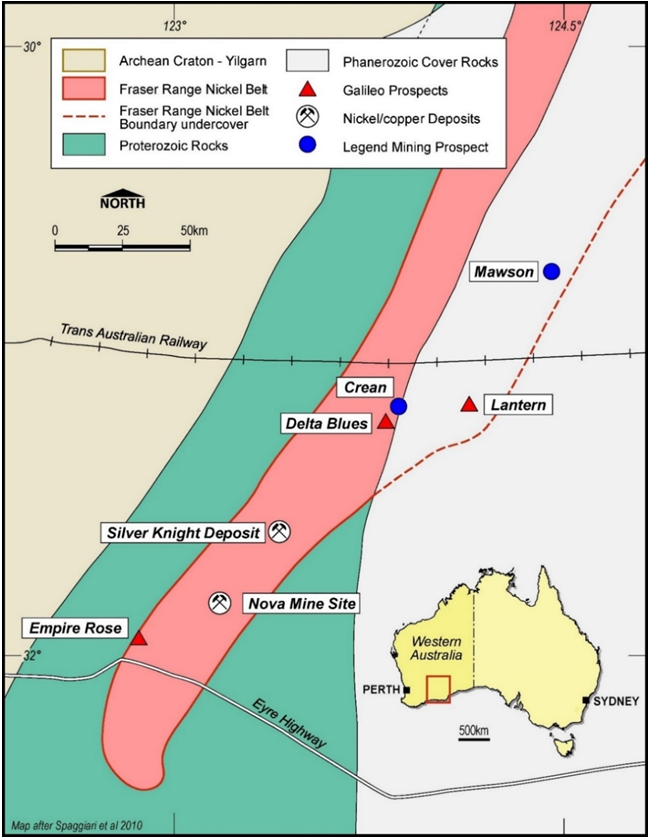 With the foundations now in place and promising targets identified, Galileo is positioned to capitalise on this groundwork in an aggressive fashion, particularly given the group’s strong cash position of more than $7 million.

Not only will this fund significant exploration at Fraser Range, but it will also assist in mounting a comprehensive exploration program at the group’s Norseman Project where soil sampling was primarily undertaken to identify areas prospective for nickel sulphide mineralisation.

Massive and semi-massive nickel deposits regularly exhibit conductive signatures when a current is passed through the earth.

When the surface input current is switched off, the secondary current produced in the conductive body can be measured.

The decay of the secondary current is then recorded at surface and the observed measurements are modelled by a geophysicist to provide the targets for drill testing.

Approximately 1,200 metres of drilling is planned at the Lantern East and Lantern South prospects.

The revised models have conductivities ranging from 2,500 Siemens to 3,925 Siemens and with the top of both bodies less than 180 metres below surface. 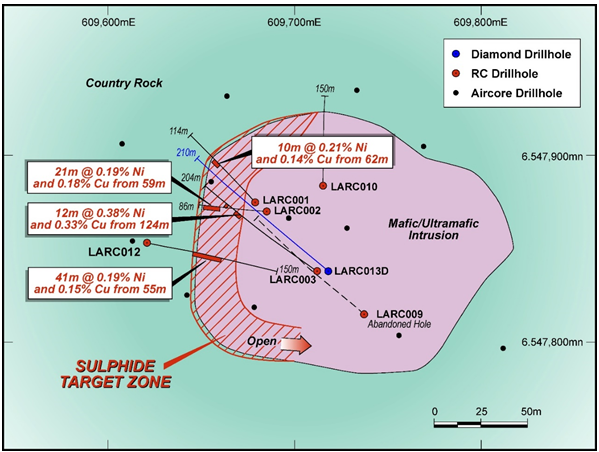