Galileo is focused on the exploration and development of nickel, copper and cobalt resources in WA. The company has joint ventures with the Creasy Group over tenements in the Fraser Range which are highly prospective for nickel-copper sulphide deposits similar to the Independence Group's (ASX:IGO) operating Nova mine (south of Lantern).

Mark Creasy is the founder and major shareholder of Galileo, and he has an outstanding track record when it comes to the Fraser Range region, having been involved financially and strategically in the discovery and development of Nova, as well as Legend Mining’s (ASX:LEG) Mawson discovery just to the north of Lantern. 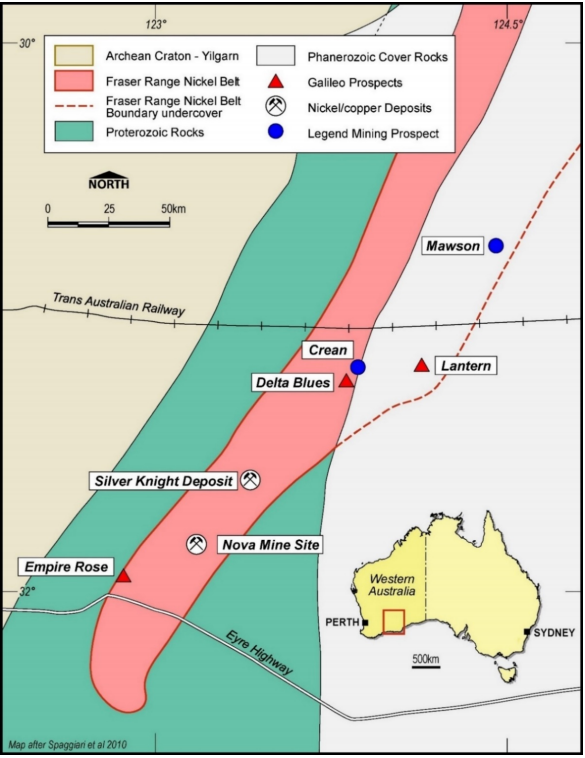 Galileo in search of new nickel deposits in July

Reverse circulation drilling of shallow targets at the Lantern South prospect is scheduled to commence in July with diamond drilling of the new EM target, and any additional targets to come out of the current EM survey, to begin in August.

Commenting on the new target, Galileo Managing Director Brad Underwood said, “The first results from our current EM survey have shown the presence of a conductor along strike from drilling that intersected nickel and copper sulphide mineralisation.

‘’This is an encouraging sign in our exploration for new nickel deposits as conductive targets can be associated with significant amounts of nickel sulphides.

‘’Our aircore drilling has also outlined the prospective ultramafic unit at Lantern South and this target is now ready for advanced drilling.

‘’The next round of drilling is scheduled to commence in July and marks the beginning of an important phase of exploration at our Fraser Range Project.”

The graphic below shows the location of the new EM target on the margin of a major gabbronorite intrusion.

The target location is 1.5 kilometres along strike from the ultramafic unit at Lantern South which contains disseminated nickel-copper sulphide mineralisation. 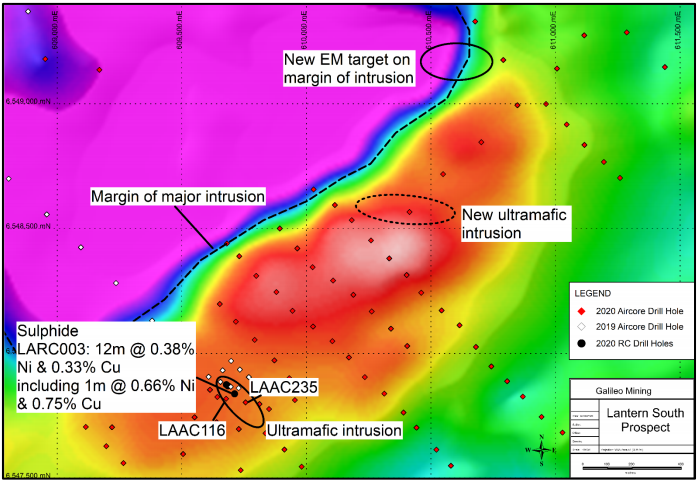 Western Australia continues to be where the action is in terms of massive share price reratings on the back of new discoveries.

Nova led the way some years ago as then ASX-listed Sirius Resources discovered and developed the project before it was taken over at a substantial premium by Independence Group (ASX:IGO), a company in which Mark Creasy still has an interest.

The extent of their share price reratings over the last six months can be seen below.

While Galileo is lagging Chalice and Legend in terms of share price gains, the expectations are there with its share price up 35% over the last six months on the back of much earlier stage exploration results than the other two companies.

Consequently, more advanced drilling to be conducted in July could be the trigger for further upside.