Galileo Mining Ltd (ASX:GAL) has announced the completion of two diamond drill holes at the company’s Lantern East prospect. The drill holes targeted an EM anomaly on the margin of a major intrusive rock unit.

Source of EM conductor has been interpreted to be iron sulphide (pyrrhotite) on the edge of a large mafic intrusion. Drilling is set to commence at the Lantern South prospect to test for mineralisation beneath LARC012 which intersected 41 metres @ 019% nickel and 0.14% copper. This drill hole is expected to be completed within one week. 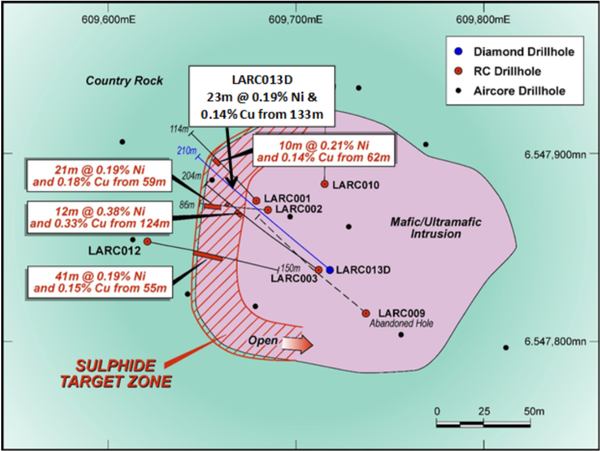 The first drill hole (LADD001) tested a Fixed Loop EM model2 and intersected a complex package of intrusive rock units on the margin of the regionally large gabbronorite intrusion at approximately 210m downhole. No significant sulphides were recorded in this drill hole.

The second (LADD002) tested a Moving Loop EM model2 and intersected the same complex package of intrusive rock units at the contact with the gabbronorite. Minor bands of pyrrhotite (iron sulphide) were noted from 190m downhole which corresponded well with the modelled source of the EM anomaly at this location. 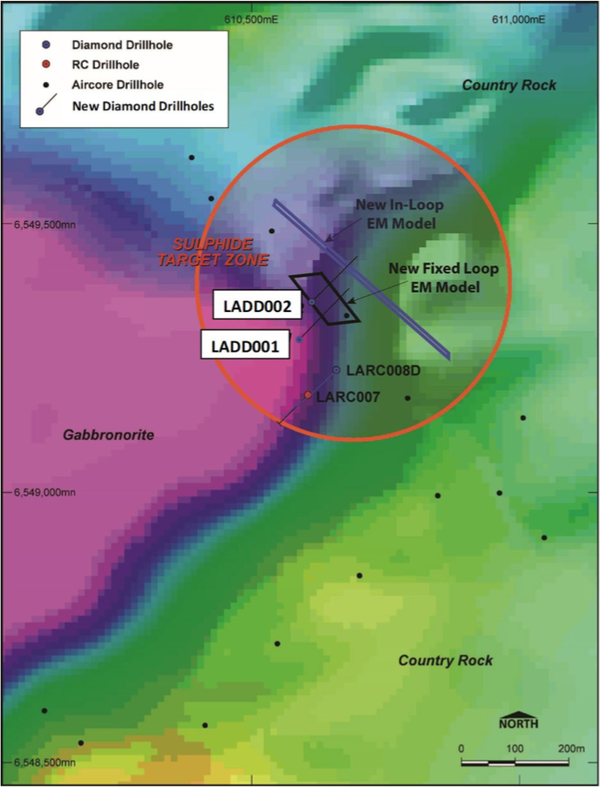 Although the structure and geology of the Lantern East prospect is compelling, the sulphide recorded so far is pyrrhotite dominant and does not contain significant nickel or copper mineralisation. A downhole EM survey will be completed to check for off-hole anomalies.

Commenting on the drilling program Galileo Managing Director Brad Underwood said; “While we have identified the likely source of the EM conductor at Lantern East, and found the sulphide not to contain the nickel and copper for which we were hoping, we believe this is an exceptional region to be exploring and continue to work towards a breakthrough discovery for our shareholders.

We also expect to finish within the week a diamond hole at the Lantern South prospect while ongoing EM surveying identifies new targets for drill testing.

We have a strong belief in the prospectively of our tenements. This is based on the results generated to date and we maintain a strategy of active drilling campaigns as the only way to make a discovery.”

In early February, we reported of the promising results of EM surveying over Galileo’s Delta Blues Prospect in the Fraser Range region of Western Australia.

Infill EM surveying of conductors at the Delta Blues prospect is now complete with ongoing surveying of new target zones.

The additional data will be used to finalise drill targets at this location prior to the planning and permitting of drill holes. EM surveying continues to cover additional prospective ground within Galileo’s project area to develop further prospects for drill testing over the current field season. 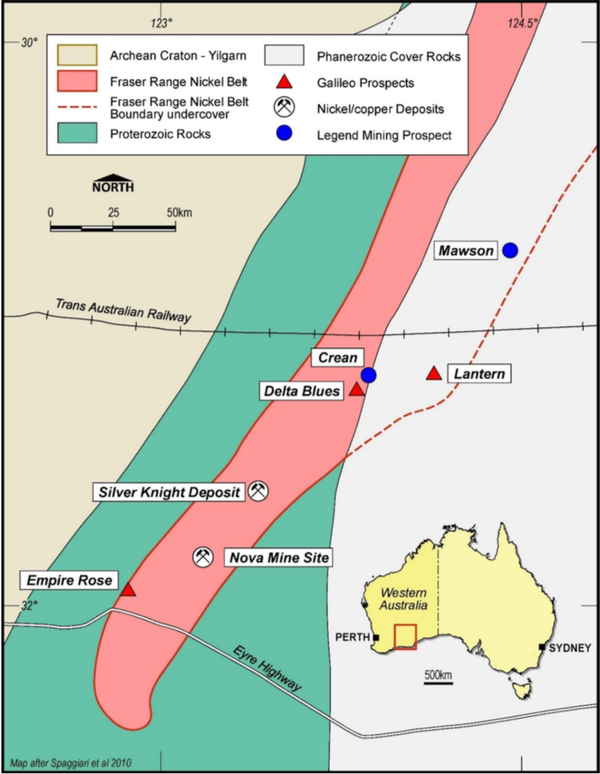