Diversified investment group, BPH Energy (ASX:BPH) has provided an update on an active petroleum system (PEP 11) in which it has an interest through an associate company.

For the best part, this incorporates historical data and information regarding other active plays which could have geological associations with PEP 11.

The release of this information is timely given that authorisation regarding drilling of the target could be forthcoming in the near term.

A decision by National Offshore Petroleum Titles Administrator (NOPTA) that would enable drilling of the Baleen target is pending.

As a backdrop, BPH associate company Advent Energy investee Advent Energy Ltd, has submitted the application to enable the drilling of the Baleen drill target.

Advent, through wholly-owned subsidiary Asset Energy Pty Ltd, holds an 85% interest and is operator of the permit, while Bounty Oil and Gas NL (ASX: BUY) holds the remaining 15%. 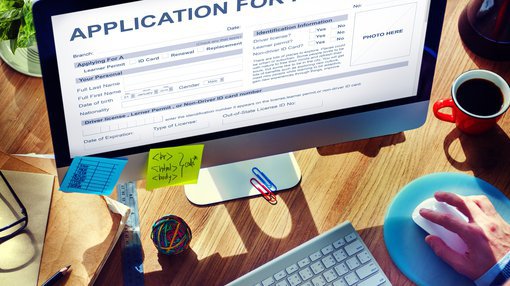 BPH has cited information from studies conducted by prior tenement holders, Santos and Ampolex with the former reporting that the offshore Sydney Basin was prospective for gas and that 10 structural leads were identified in four structural provinces with a total potential gas in place of 1 TCF.

While the geological and geophysical interpretations are based on seismic survey conducted nearly 40 years ago, management sees them as still being relevant in terms of assessing the area’s prospectivity.

The PEP 11 area extends across most of the shallow (less than 200 metres) offshore Sydney Basin covering more than 4500 square kilometres.

Though the Basin is considered gas-prone, management said that numerous significant petroleum shows have been reported, supporting its assessment that there is an active petroleum system.

Santos (1991) identified a total of ten structural lead in the PEP 11 offshore area and these were associated with four distinct structural provinces.

Management said that an active hydrocarbon system has been demonstrated that is analogous to major discoveries in Queensland’s Surat/Bowen Basin.

The company also referred to Sydney Basin systems, noting that offshore oil and gas seeps have been recorded from Long Reef to Catherine Hill Bay, giving rise to periodic oil slick occurrences along the coast, especially in the Cape Three Points, Terrigal area, perhaps supporting its view that the Basin contains an active petroleum system.

Making further references to fields in a similar area, BPH noted that ESP Exploration (1982) reported that of the 68 wells drilled in the onshore Sydney Basin since 1910 almost all had gas flows with 41% flowing gas on test, mostly from the Triassic Narrabeen Formation.

Further seismic exploration was conducted in the PEP11 permit area in 1991, 2004, and 2017, and all early seismic data that was acquired in PEP11 has been reprocessed.

A report completed by Pangean Resources in 2010 following a review of prior seismic concluded, “Undiscovered gross prospective recoverable gas resources for structural targets within the PEP11 offshore permit have been estimated at 5.7 Tcf (at the Best Estimate level).’’

If PEP 11 does emerge as a commercial discovery it would certainly be good timing with the supply-demand situation on the east coast of Australia likely to support robust gas prices in the medium-term.

On this note, Australia Advent has identified a new target at Baleen.

PEP 11 is immediately adjacent to the largest domestic gas market in Australia and is a high impact exploration project that remains one of the most significant untested gas plays in Australia.

Successful exploration and identification of a commercial well that can be developed would be a significant lift for the joint venture partners, particularly at a time when supply is diminishing and demand is growing.

Management said that the gas supply crisis on the east coast of Australia has created a significant market opportunity to raise the funding to drill with the objective of developing the PEP11 project.

The Australian Competition and Consumer Commission (ACCC) released a report in January 2020 with the key points being uncertainty in supply in the southern states and steady-state pricing in the East Coast Gas Market.

In its latest Gas Statement of Opportunities (GSOO), the Australian Energy Market Operator (AEMO) has warned about potential supply shortages emerging on the east coast within five years, particularly in the southern states.

A report released by GSOO for 2020 pointed to supply from existing and committed gas developments being sufficient to meet forecast gas demand across eastern and south-eastern Australia until at least 2023, provided that liquefied natural gas (LNG) export spot cargoes are redirected to meet domestic demand if required.

This projected timing of reduced supply (five years) would be at the forefront of BPH’s thinking, as it takes some time and financial support to move from authorisation to drill, to establishing an exploration program, making a discovery, confirming commercial viability, obtaining funding, constructing infrastructure and delivering oil and gas from an offshore project to onshore users.

BPH takes another step towards drilling at Baleen